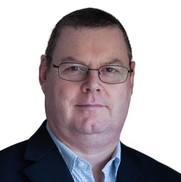 I have been interested in photography since I got my first camera - a Kodak 110. I moved on through various Olympus film models, eventually to an OM40, and joined my first Photography Club in Hebden Bridge, West Yorkshire in 1985. Over time, other things got in the way of photography, but the arrival of Digital rekindled my interest, and I bought my first digital camera - an Olympus C2100 Superzoom (2.1Mp !) in 2000. I purchased my first DSLR and a couple of lenses in 2006 and joined WPC in 2010.  I joined the Committee in 2012, and have now served for 7 Seasons.
My main interest is Aviation - I have traveled widely in the UK and USA to various airshows and events including commissions for Air Forces. I also enjoy shooting Landscapes, and have been doing some event photography recently, which provides a different challenge.
I use Canon kit, and images are processed in Adobe Lightroom, Paintshop Pro 2019, and On1.
I use DSColour labs online for all my printing - they produce good quality prints inexpensively and are very quick.
I'm happy to help any Members where I can, either speak to me on a Club night, or email as below.

Having won a Berkshire Chronicle competition with an image taken at a very early age on a Box Brownie at the Appleford Traction Engine Rally, I have always been a keen photographer. In the early days I mainly used simple Instamatic cameras until a friend enticed me to up my game.
A trusty Practika SLR with a couple of lenses, saw me through the years of domesticity (bringing up the kids) during which time I moved on to an Olympus OM20 SLR, which I still have.
For processing I moved between mail order colour prints & developing by own colour slides in the kitchen.
In 2006 a Digital Canon A70 accompanied us on a 16 week antipodean excursion and although the results were acceptable I decided to move into DSLR territory and bought an Olympus E520 while on a trip to New York in 2008. This was fairly rapidly superseded by its big brother the Olympus E5.
My current camera, purchased in 2019, is a full frame Nikon D750, but the majority of my landscape images are taken on an iPhone7+
I mainly enjoy Landscape and Architecture photography and like to dabble with night time, panoramic and fish eye images.
My main processing tool is Adobe Lightroom with occasional use of Photoshop, Nik and OnOne.
For printing I use a Canon MG7752, up to A4, and DSColour labs for larger images.
I joined WPC in 2008 which I found inspirational in improving my photography as well as making new friends while being educated.
I joined the Committee as Membership and Secretary in 2012, when I retired. I was chairman from 2014 to 2016. After a two year break from the committee I was 'enticed' back as Membership Secretary in 2018. In 2019-20 I was Acting Chairman from March through the Covid pandemic and am currently Meeting Chairman and Membership Secretary.
I am always happy to help fellow members, old and new.

I have been interested in photography since my brother (the elder!) bought a Kodak Brownie Model F back in the 1960s.  My first camera was a Praktica and I eventually built my own darkroom, quite a large one, and used Ilford Multigrade paper!  Moving to digital was a no-brainer and a Fuji non-SLR was my my first step. Then Canon made the leap to digital and I have had a variety of their DSLRs. The 6D full frame is my current workhorse which is excellent for travel with GPS on-board and WiFi for control via an iPad.
Travel and Street are my two main genres but I also have an interest in Landscape.
​I joined WPC back in 2006 and learnt so much from other members.  Whilst it is always the goal to get it right in camera, I do enjoy post producing my work and stylising is a great a tool - without overdoing effects……..
The main products I use are Adobe CC Lightroom but seldom use Photoshop as I much prefer OnOne Perfect Photo Suite for layering etc.
I am always happy to help other club members with whatever challenges they may have.
​
Flickr:  artfull2012
Website : www.tonyshieldsimages.co.uk

My first camera was a Kodak brownie and I enjoyed ‘helping’ my father in the darkroom.  I now use Canon digital cameras with various lenses.  Landscape, architecture and wildlife are my main subjects.  Getting the perfect shot is still elusive!